Art is in movement and gravity, from the beginning as in nature

Filippo Citterio (b. 1987) as know as BARTEU is an emerging Italian artist based in Paris who stands out for his action paintings made with an innovative technique created by himself. In his works, he juxtaposes the language of painting and Flair Bartending, a skill he acquired in his experience as a bartender.

Citterio was born and raised in Milan, Italy, where he worked as a Bartender for 10 years in the popular tourist area of Navigli. In 2017, he moved to a small village in the countryside of France, near Paris, where he continued his career as a bartender. Thanks to his ability to easily mix with people, he has been able to get acquainted with various people in the art world and start his own artistic career.

Citterio's creative spirit has led him to transform his practice as a bartender into a new technique which, to date, he is the only artist to practice it. He has also incorporated in some of his works the stencil, associated with the urban culture he feels attracted to from an early age. In this way, he found a way to express himself freely and reflect his dynamic personality.

His colorful and vibrant paintings capture the spontaneity in the intense movements made by the artist. The energetic character and body expression of his works can be compared to artists of abstract expressionism such as Jackson Pollock and Shozo Shimamoto. As a result, he obtains a series of abstract compositions whose final result is always different, making each work unique and unrepeatable.

Citterio prefers to call himself a creator and designer and not so much with the word artist as he does not want to be encased in any particular style. He is able to adapt to people's wishes and expectations based on his new and innovative ideas. 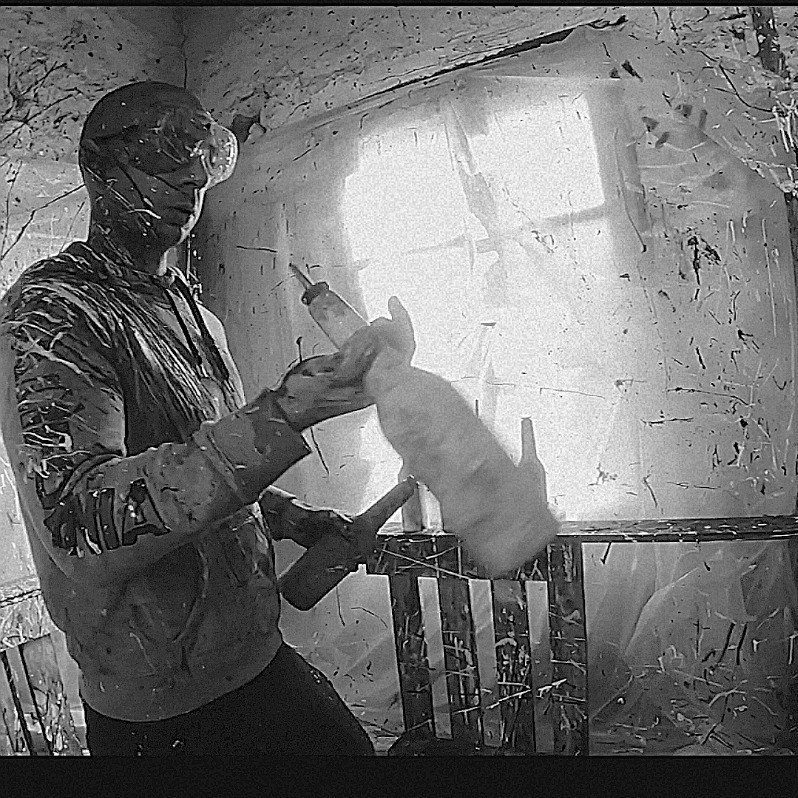 The artist at work

Artist value certified: Barteu's works have been evaluated by an independent expert. 2020 Barteu is the name of innovation in art, cutting the limits and bringing diversity France